As parents, we wish for nothing more but to ensure that our children are well-equipped with all the tools needed to be the best they can be. Planning, we believe, starts early on if we want the best for our son. This is what we have in mind when we posed the challenge to PTLC to help us prepare Anton for 'big school'.

Anton's improvement with his stay in PTLC was recognizable. He started to be more engaging with other kids. He is always fond of sharing stories about his friends and the time he spent with them when he gets home from school. Beyond his academic progress, this was also key for Anton's readiness.

Living up to their word, PTLC helped Anton achieve an important milestone --- he recently been accepted at Ateneo. This small success is a good indicator that our plans for a bright future for our son were built on a strong foundation through the support of PTLC.

We wish that PTLC will be able to maintain their high passing rate to Ateneo. Kudos and many thanks!

Before deciding to enroll my daughter Chesca in PTLC, I had her participate in the school’s summer program, just to see if she would like it, and it also allowed me to observe how the teachers handled the children.  What I saw convinced me that PTLC was the best school for my child.

Teacher Ina and the rest of the teachers of PTLC have established not just a place of learning, but a place where children are loved & nurtured-- a real home away from home.

When I was introduced to the school, I was excited about the learning system and its innovative approach to early stage education.  After learning the rationale behind the system from Teacher Tina, I was eager to immediately immerse my daughter in it.  I was confident that the teaching method would effectively identify and refine my daughter’s latent abilities more than what could be done at home or at any other learning method I had been familiar with.

The school itself impressed me with its well designed layout that addressed each of a child’s pre-school needs, fully equipped with teaching materials that made me excited for my daughter.

True enough, since entering PTLC, Jaz’s progress became immediately apparent by an amazing degree.  She bloomed in all aspects you would expect a pre-school to enhance in a child such as motor skills, artistry, and academic faculties.  But also of significance is the noted development of her confidence and character, her social skills and behavior, a richer vocabulary, and impressive grammar skills.That is particularly significant given that the school only started two months ago.

Beyond the school, the PTLC learning system has also provided my wife and me with additional perspective to child rearing and development.  We used methods and philosophies gleaned from the system with Jazz at home.

I am very happy that my daughter is one of the first batches of children in the country to be schooled by the PTLC learning system. In fact, I feel that Jazz and her classmates have a head-start on other children by going through the system.  On a daily basis, I eagerly anticipate every new and amazing experience my daughter takes home to me from PTLC.

From Albert and Menchie Tantoco:

Academically, we were surprised that she recognizes most letters of the alphabet and can count to ten and sometimes beyond.  While she was always been animated, her stories are now becoming more coherent and easier to follow and understand.

Socially, Lia has begun to get along better with her kuya, our help and other kids.  Sharing is a very big thing with her.  After some internal struggle, she now shares everything she has.  She has also learned to wait when others are not yet ready to share their things.  She is also very sensitive to those who do not want to share.  And rather than fight, she has learned to walk away from them.

Emotionally, she seems to be on a more even keel.  She is learning to handle disappointment better.  She still gets upset but recovers quickly when her attention is called.

We are pleased and amazed at Lia’s development.

I would like to commend the faculty and staff of PTLC for the great job they are doing in educating their students. Not just in academics but also in helping with the social and emotional development of the kids. Nicole has truly learned a lot from the system and has benefited greatly from the attention and care given by her very capable teachers and teacher aides. Thanks for the wonderful job in contributing to the holistic growth of the kids and teaching them more than the basic ABCs. Keep up the good work!

From JP and Nikki Diyco:

Both our sons are currently enrolled in PTLC and we only have the best praises for this school. When our eldest Raco first started here, the biggest change we noticed was the blossoming of his social skills and love for learning.

As the system is progressive, all areas of development are tracked and parents are kept up to date not just during parent-teacher conferences, but through activity reports given every two months. We find out from these reports what our kids actually do in school complete with pictures! The teachers are also very involved in the development of our kids and can focus on each child's needed areas, like reading, writing or even confidence skills.

Raco is graduating next year and has just passed the Ateneo grade 1 entrance exam, while Migo has just started Nursery - we moved him from another school mid year and PTLC accommodated the sudden change. He used to cry every morning before going to his old school but now he enjoys PTLC so much he doesn't want to go home!. Looking forward to another year together!

Keep it up PTLC! Great job they are doing in educating their students.

Our son Marcus has so far been doing very well in Ateneo, in academics and in his social interactions with his classmates and teachers. We parents believe that a good part of this is the foundation developed during his 3 years at PTLC. Transitioning from PTLC to Ateneo was never a problem, in fact, we feel that it was more a continuation than a transition as we hardly noticed any adjustment he had to make.

In academics, the lessons during his last months at PTLC were in line with the lessons during the first months of school. In his interactions in school, he is a very happy kid. In fact, there was no anxiety at all during the first few days despite him having to transition to a new environment, new teachers and friends. It just went by with much ease.

In hindsight, we parents strongly believe that we made the right choice in sending Marcus to PTLC 4 years ago. Marcus would not be enjoying this new chapter of his life if he was not prepared very well by the teachers and friends from that nice little school at Blue Ridge! 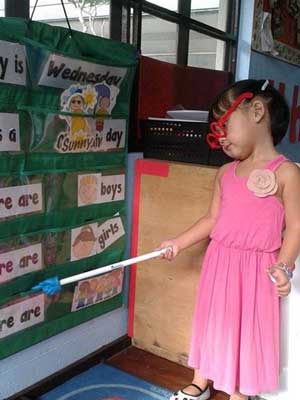 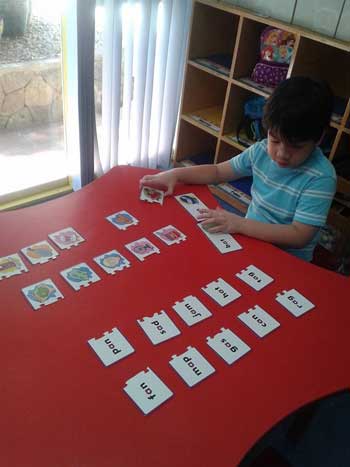 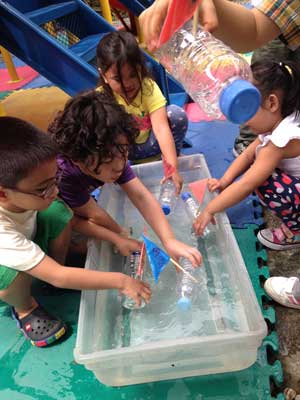